Woke upto the rain so I did not want to get out of bed,got dressed + made my coffee. Now I’m spending the morning with the dog and watching my morning programming. Yesterday + last night were incredibley exhausting because of the 12 hours of Bristol + the pathetic 50th anniversary of the Academy Of Country Music Awards. The only thing that I found entertaining at the award program was the opening performance from Eric & Keith. The Sheltons did an awesome job + so did Garth Brooks. Garth is always amazing though. I don’t understand why Jason Aldean was awarded anything but that happened. With regard to the Food City 500 was incredibly lengthy thanks to the weather. Long story short,the pole sitter Matt Kenseth was also the race winner.

Saw this when I was out today:

I’m happy for Mila + Ashton, actually agree with Rihanna about Kanye-he is a complete joke! About the Kardashian/Jenner fiasco,I pray that whatever is happening in their lives works out for the best. 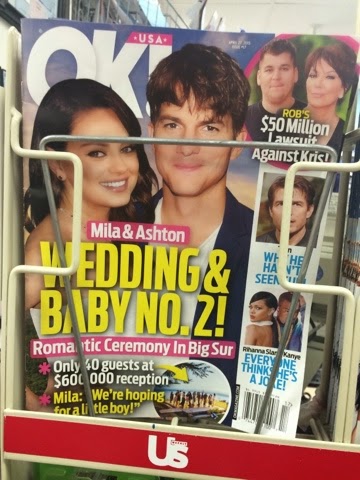 I am a cancer survivor and my dad passed away from Lung Cancer in 2008.
http://www.foxsports.com/nascar/shake-and-bake/steve-byrnes-bristol-stand-up-to-cancer-sign-race-hub-fox-sports-1-041715

Here we are again, it’s a kinda nice day in Philadelphia, I have my YankeeCandle Tart Melter on. I retrieved the shipment from the mailbox this morning and the 7 tarts arrived, fairly safely. Juicy Peach is a lil damaged but it’s a melt so it’s not that big of a deal.

I never thought I’d be writing about an unsigned country artist befriends you and then unfriends you all in about two weeks. Well that’s what happened with ReverbNation Artist GannonAdams, I don’t even remember how I got to talking to him but that will not be happening anymore since I don’t know what happened to cause him to unfriend/unfollow me on Twitter when all I did was promote his music and be nice to him. He’s associated with Jason Aldean so I’m wondering if the nastiness is rubbing off on Gannon,Jason’s father is Gannon’s manager. I’m not happy about this but at least it has happened before I put my money out to purchase the album which was released at 11:00pm last night. And I have every right to write this story about the event because my blog is about me & my life. Eventhough this happened I’m definitely not going to allow it to ruin my day/week/month/year or

Life because todo that is absolutely stupid. Enough with that mess. #MovingOn

Spending my day with my little girl and watching various programs on various stations. And I have decided that I wanted to compose an entry about one of my favorite programs on MTV. catfish is in it’s 4th season and I’m addicted to this only because it’s interesting to see what people have for “excuses for not meeting someone who they’ve been communicating with online. I know that there’s an uber number of scammers/liars out there which is totally the reason I decided to remove myself from 99% social media networks. I have had small situations that I’ve been catfished but never fell for any long enough to embarrass myself thankfully. The episode of the show that I just finished watching was where two women who’ve never met in person before yet had been communicating over the telephone and video message the last few years. In a twisted way they managed to pull the wool over the eyes of Max + Nev. The real reason that they were unable to meet in person and required assistance from MTV/Catfish  was purely monetary. Thankfully everything worked out for the best in the end.

Good Morning Everyone, I’m up early & watching SprintCup practice on Fox Sports 1. There’s been some bumping & banging already,also have some damaged & loose race cars. Not complaining just yet lol but gimme some time and I’m certain something will upset me

So I’m sitting here in bed with the blankets on thinking about the day, pretty good,got things done and didn’t over eat. Looking forward to tomorrow when I can get out with a friend for dinner & have some fun. I had to star another Twitter account because my feeds were clogged. It’s necessary for me to be able to see what happens in this nutty ole world if I’m supposed to be a blogger. I have to have access to the stories whether I like them or not.