#WeekendWrapUp-
I could not watch the president on television tonight. I did not want to because I knew that he was not going to stick to the topics. As I sit here in bed, I’m thinking about many things, my life my future my relationships my family my friends etc. I do not particularly enjoy wondering where or who is next on the hit list. I know that there’s going to be another attack somewhere the only question is where and how and the number of injured and fatalities. It’s absolutely disgusting knowing that there are some people who are trying to say certain things did not happen because they did it is disgusting when people say that it’s a government conspiracy. Tried to tell that to all the families who have lost loved ones due to a Terrorist Attack. Mr. Obama these outrageous incidents are not because of climate change because of radical Muslims-I have a picture that I could show the proves every single incident that is happened or was planned was carried out by a Muslim. And by the way man friend Charlie Daniels says it’s very funny how Barry can say gun violence so often but cannot say Islamic Terrorist one time instead of making everybody wait to see the list of radical muslims here is a list of recent terror attacks attempts at terrorist activity-you do not see common white folk you do not see Christians everyone listed below is a Muslim. 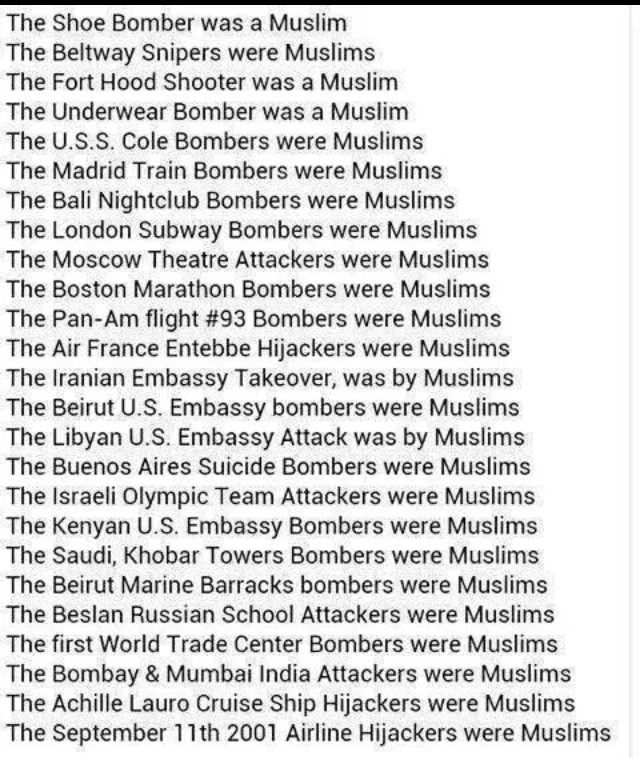 With that out-of-the-way-I love my country I’m tired of my country living under Obama’s thumb. I want a country back that I can be proud of that I don’t have to worry about what town what city what state and how the hell these crazy people got here and I don’t know if Mr. Trump is going to win the election or not but I completely agree with him when he says that every Muslim should be eliminated from my country I understand that having a religious identification card is no Bueno with my people but in certain situations it is necessary I feel because I want to feel safe on my own land on my own soil when I go to sleep at night. Anybody who truly knows me knows that I respect the police I respect authority I love every first responder out there-when people ask the police do they hate a certain race do they hate a certain religion-when you call 911 for help they come regardless of your race regardless of your sexual orientation or your religion who gives a flying fuck if you call 911 they are going to respond because they are there to serve and protect. There is no racial profiling in police work; when you break the law you break the law and need to serve the proper penalties for doing so so if you don’t want to be hauled off to jail my suggestion is to cooperate with law-enforcement if they come to put you under arrest what do you think it is lawful or unlawful you can think about that and deal with that situation at another time just go willingly. That would solve a shitload of problems they would not be any police brutality questions floating around the world if people would just go peacefully and solve whether it is a lawful arrest or unlawful arrest when you get you one phone call. . 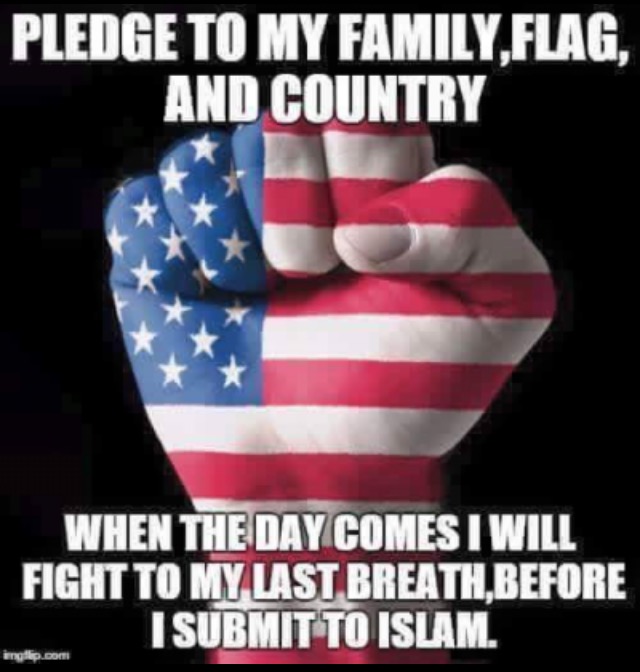 With all of that said my weekend it’s self was fine even though it did not end the way I would’ve appreciated it to. I have wonderful friends I have wonderful family I have great connections in the world and I am blessed I am blessed to be living on this earth to be in a country for the most part is a wonderful place. For me there is always a tomorrow and each tomorrow is a new beginning and I am going to have a new beginning tomorrow-God bless America I am very proud to call this place home Chiefxpressdog
Chiefxpressdog@gmail.com

In my blog you will find an assortment of thoughts, stories + news. Occasionally there's photos of events or Knitting projects etc I also do promotions/reviews of things I really like. View more posts